In order to use RunSignup, your browser must accept cookies. Otherwise, you will not be able to register for races or use other functionality of the website. However, your browser doesn't appear to allow cookies by default.

If you still see this message after clicking the link, then your browser settings are likely set to not allow cookies. Please try enabling cookies. You can find instructions at https://www.whatismybrowser.com/guides/how-to-enable-cookies/auto.

We have our first Podcast called The 3rd Bros

Listen to our very first podcast available on YouTube and through popular podcast channels.

3 Bros Running Company has been selected as a recipient for Running USA Industry Conference Scholarship this February in Denver, Colorado.  It is a huge honor for us to be able to attend this conference. To be among the list of recipients is something we still can't believe when we started this company last year. We are excited to share 3 Bros Running Company vision nationwide.

Journey from runners to race directors

Willie and Jeremy go back on the Houston Running Zone podcast to talk revisit what it is like to organizing their own race and their visit to The Running Event in Austin, Texas.

Starting out as a Race Director

3 Bros Running Company is featured in the latest podcast of Head Start by Race Directors HQ a popular resource site for race directors.  Learn our story how we got the idea and more specifically what actions we took to bring our idea to fruition.

Jeremy writes his first article for Running Insight magazine about the importance of social media marketing with not only with running events but for businesses in general. 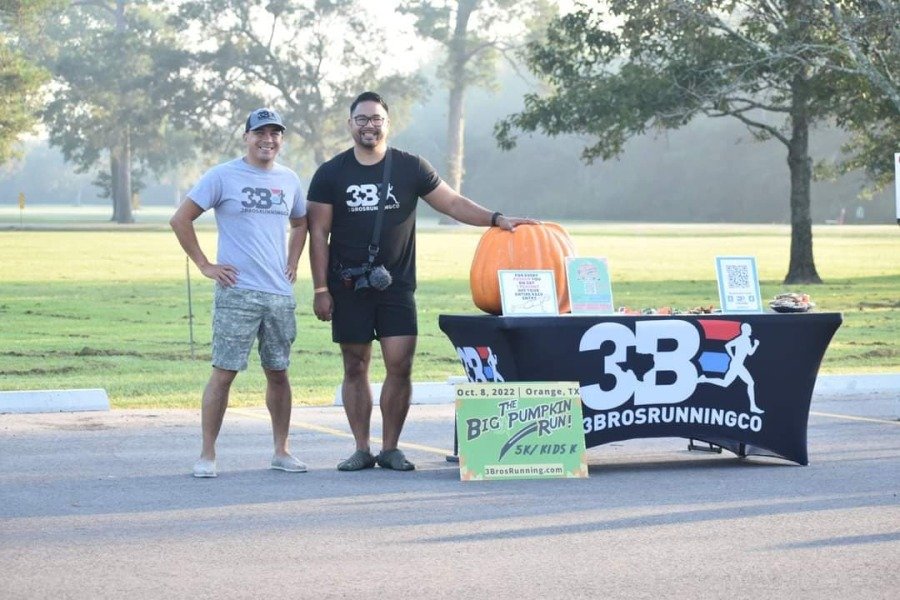 Learn about the motivation behind the creation of The Big Pumpkin Run and what makes this race unique.

Willie featured in The Running Event Virtual Panel about Mentorship 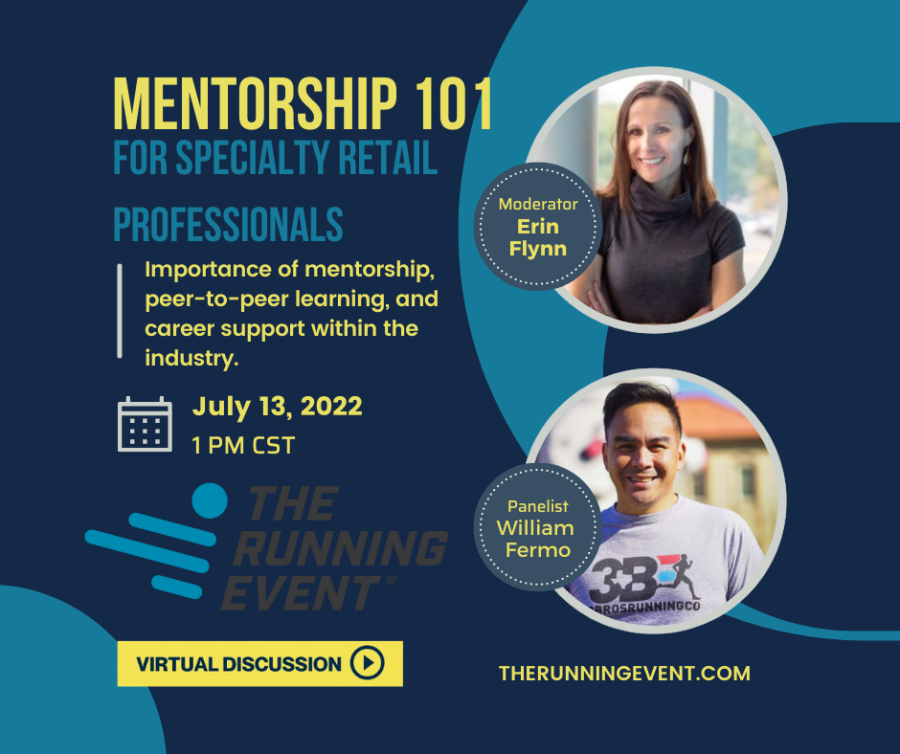 Mentorship is so important when starting a business or anything in life.  "No man is an island. If you want to go fast go alone but if you want to go far, go with others."  Willie of 3 Bros Running loves this quote and believe in something he calls network learning. Learn something from everyone you talk to. He has mentors in multiple disciplines he can reach out to when needed. You can start from scratch and work the hard way but if someone can help you speed up your progress sooner, take it!

3 Bros running is proud to announce our second race The Big Pumpkin Run again in the beautiful city of Orange, TX.

The Big Pumpkin Run 5K will take you through the historic streets of Orange.   You will see such sites as the Sabine River, the historic Stark House, Lutcher Theater, Stark museum, and the Orange Train Depot Museum on this 1 looped course.   After you finish enjoy a great post race party with pumpkin treats at the Riverfront Boardwalk & Pavilion. 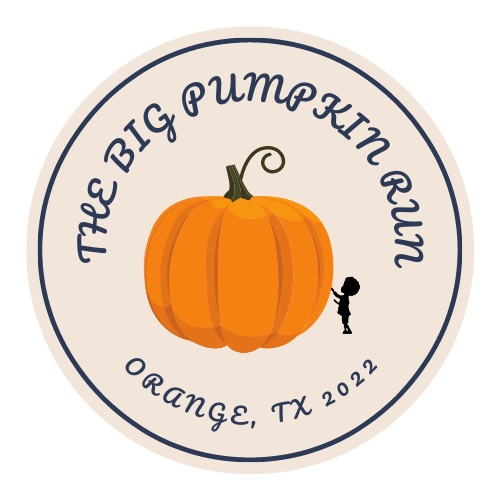 Willie heads panel at Sparksuite The Woodlands Tacos and Code, "How to get into Data Science". 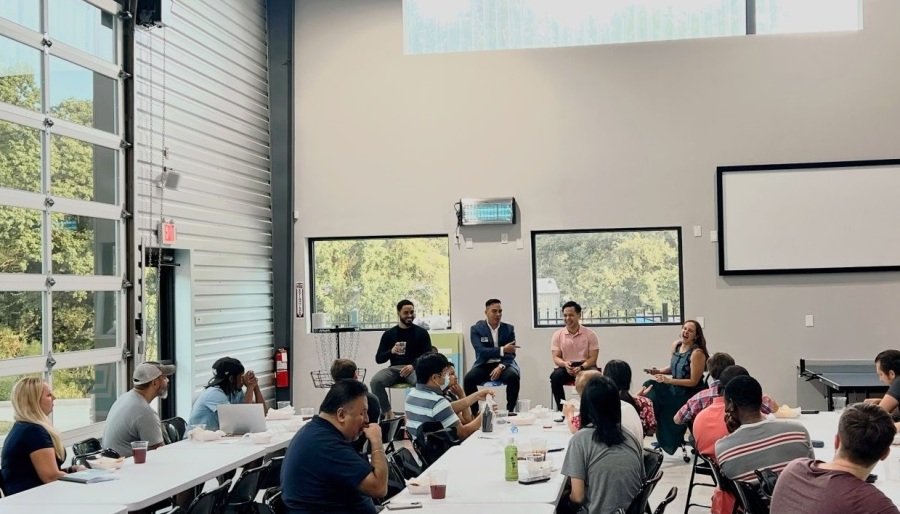 3 Bros Running uses all it's resources including analytics to move the company forward.  Willie heads to Woodlands Texas to share how to get into data science and the importance of data. 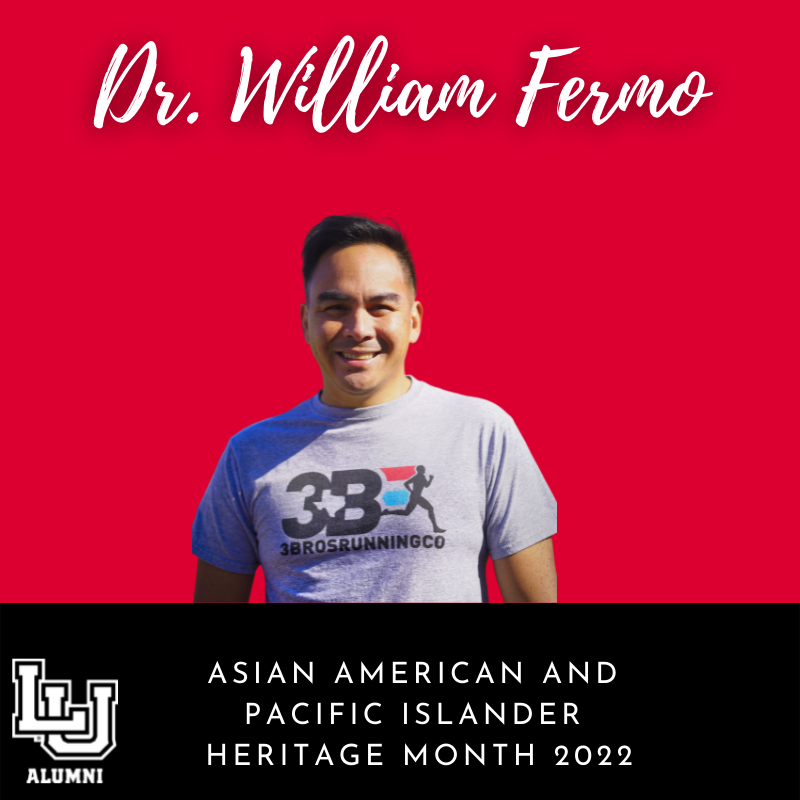 Willie of 3 Bros Running Company is a featured Lamar University Alumni during Asian American and Pacific Islander Heritage Month.   Our hope is to continue to inspire other Asian Americans to take more leadership roles in the community.

3 Bros Running on the Radio

91.3 KVLU Public Radio featured the 3 Bros Running Company on an upcoming episode of the Bayoulands radio series.  Be on the lookout for it's release. 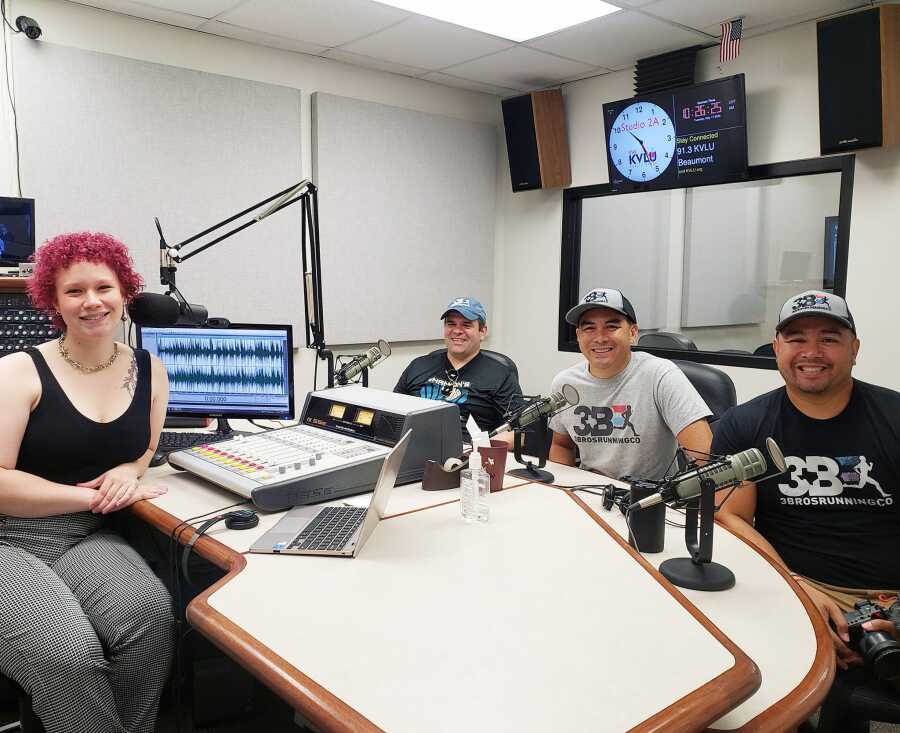 We at 3 Bros Running Company want to thank everyone who participated in our first run and can't wait to have our next one.   We are currently deciding, which city to hold our next race and will continue to update you when that next race will happen.  Keep following all our socials facebook, youtube, etc..   To get the latest info.

3 Bros on Live TV for the first time ever.  Hear Willie, Jeremy, and Mike talk about Shannon's Race live on KFDM Channel 6 News.

3 Bros meets head to Lamar University Track in Beaumont, TX to run 30k in 4 hours to help raise their goal of $333 for the American Cancer Society.  With all 3 bros and Jamie Larson they were able to reach that 30k mark and raised $364.65.   Surpassing their original goal

Click here to donate more for this worth cause.

3 Bros meets Mayor Larry Spears of Orange, TX.  The long waited meetup has finally happen see Willie talk to the Mayor of Orange where Shannon's Run 5k/10k will be held at. 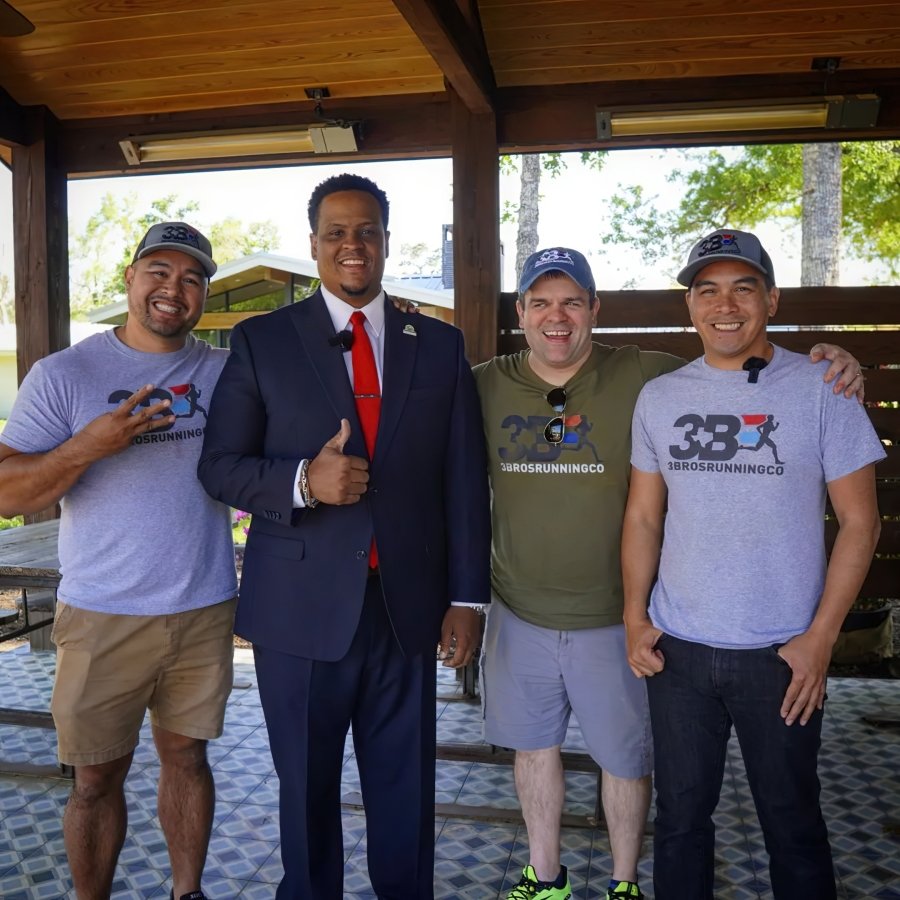 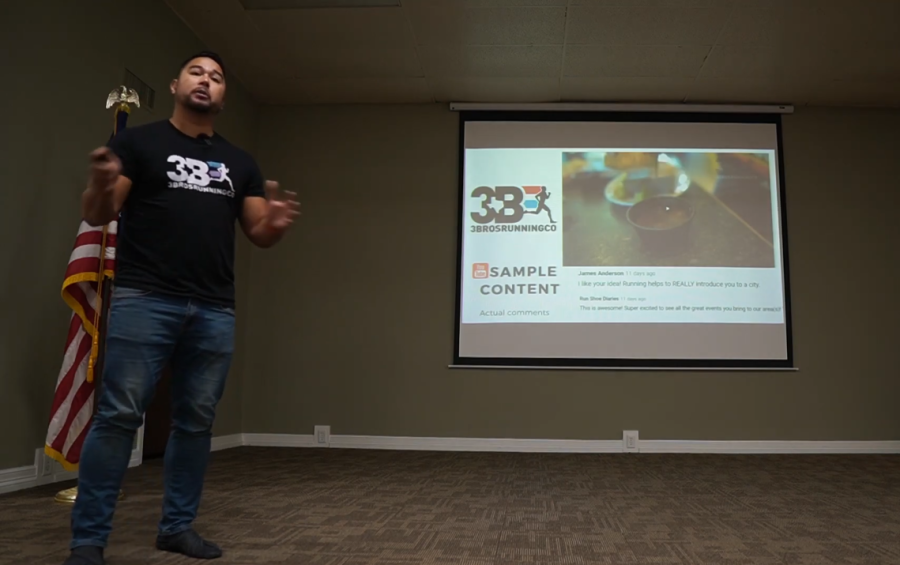 3 Bros all take turns presenting to the Bridge City - Orangefield Rotary Club.  See how they each do in this triple threat presentation.

Willie speaks at the One Student Ministry 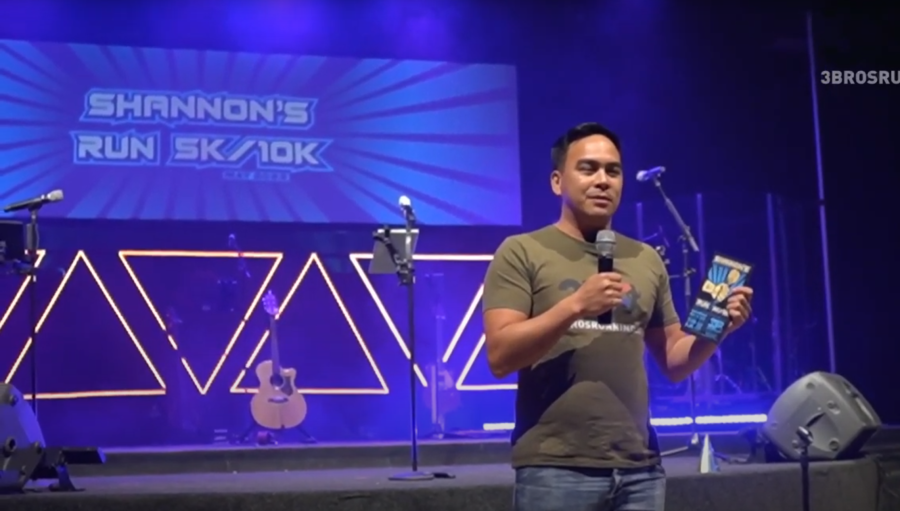 Willie attends One Student Ministry to talk to the youth and share why they should be doing Shannon's Run.

An upstart running company is planning a community race in honor of Shannon Larson, pictured with loved ones, in May, which is Brain Cancer Awareness Month.

SETX based Running Company Bringing "Shannon's Run" to Orange May 14

Timothy Cohrs Media does an article on the 3 Bros Running Company.  Telling the story of why we started the company and how we are doing something unique with how we promote our races.

3 Bros Running on the SETX FFL Podcast The Amateur Hour

Listen to Mike and Jeremy talk about the 3 Bros Running Company, Shannon's Run, and learn a little more about them during this fun podcast by the SETX Flag Football League.

Listen to Mike and Willie discuss what made us start the company and why we want to use local companies in the makeup of our races.

The 3 Bros Running Company marketing director is featured on SHOUTOUT HTX to share about how 3 Bros Running company is focused on helping the community through their focus on promoting local businesses through running events.

The 3 Bros Running Company is featured on the front page of the Beaumont Enterprise.  Read more about Shannon and what made them decide to start their company.

3 Bros running is proud to announce our first race Shannon's Run in the beautiful city of Orange, TX.

This race is dedicated to Shannon's battle with Brain Cancer.  It is our hope to share Shannon's story through this race and bring awareness to Brain Cancer.

This is a musical inspired race that comes from Shannon's love for music.  Everything will be rock music themed from the band t-shirt and the medal.   Finishers will be treated to live bands at the end of the race.

The 3 Bros Running Company needs your help.  We want to put on the best race we can and with that said we could use your support to ensure our business and race is a success.

Listen to Jeremy discuss about his Youtube channel, what got him to start running, the 3 Bros Running Company, and our upcoming race on this awesome podcast.

If you continue to use this site, you consent to use all cookies.